You can’t sit with us 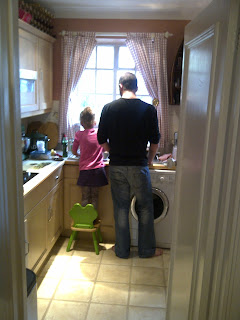 I really wanted to write a nice post today. I wanted it to be funny and uplifting. For people to be so amused that they go on to forward links across their social networks. Eat your heart out BuzzFeed. But I'm sorry, I just can't.

Earlier today I was watching OITNB (that's Orange Is The New Black for those not yet addicted to Netflix) and one of the main characters, "Crazy Eyes" defended her writing saying she was simply an instrument to the muses. Today I kind of get that. Today I don't feel like I'm writing what I want; I feel like I'm writing what my heart is trying to say.

When you go through a difficult life experience, people around you are usually just waiting for you to get over it. They are generally there to comfort you in the initial stages of tears and tiredness, there to bear with you in the following stages of rage and release but struggle to be near you when they realise that this sadness will probably stay with you for life.

I have lots of friends who are pregnant now or who have recently had babies. I love babies, always have done and I always will. But I may never go to a baby shower again. Is this selfish or a little dramatic? Maybe. Or maybe it isn't; because a baby shower is a time to celebrate a mother and not a time to have to deal with the tears of someone still struggles with having had that experience taken away from them.


It's been almost three years since I went into premature spontaneous labour. People don't like to talk about it or bring it up. They're free to talk about babies now because it was so long ago! Time to get over it! Time to move on and accept what cannot be changed! Time to embrace other peoples' happiness and seek your own elsewhere!

Not long after our baby died a friend told me not to be too upset by what people said. Sometimes, she said, people just don't know what to say. I experienced that firsthand not too long ago when another friend said surely it's a good thing Annie died as I would have ended up a single parent with the way her dad has since acted! I could barely breathe when she said that. And I am very rarely lost for words. Yes, my ex-husband was not faithful to the vows he made to love, cherish and protect - but am I glad that our baby died??? No.

I used to get annoyed with people who used to tell me they knew how I felt losing Annie because they had had a miscarriage. My ex would also correct them and painstakingly explain that I went through labour and gave birth to a live baby. Every experience is different and I didn't want mine to simply sit on the pile of has beens. My beautiful little princess was born and then died. But actually, I've since realised that it doesn't matter. None of that matters. The network of people whose loss is rarely acknowledged is huge. And that is why we each know a little of how the other is suffering. When I wrote the blog post on losing Annie, I received so many messages from people who had suffered so much in silence because the world around them wanted everything to quickly go back to normal and so their memories were hushed and became enclosed in their own private hell.

If you have ever seen Mean Girls - and, to be honest, even if you haven't - you will know that the title of this blog post is an oft-repeated line from that film. In the film it refers to an exclusive group of high school girls who refuse to let anyone else in their socially elite clique. You have to have a certain je nais se quois in order to fit in. If you don't have it, you don't get in.

But it can work in other ways too. Sometimes you can be part of a group through no choice of your own. Sometimes you wish that you didn't have that je nais se quois that binds you with other people. But you do. And you understand each other's pain, even when you're silent. And you can see it in their eyes, even when their mouth is smiling. You can see, hear, smell, feel the pain. And you probably wish you couldn't. You probably wish you were on the outside looking in, with sympathy and the inability to understand. And it sucks right? When you can't even choose your own clique. When you never asked to be in it anyway. And it's a shame because sometimes you want your closest friends, families, lovers to understand. To get it, to get you and to get why you're even there. But what I've found, and it really does suck; is that if they don't have that pain, then, even if we want them to, even if they themselves want to; then they just can't sit with us.