You can’t knock the shuffle 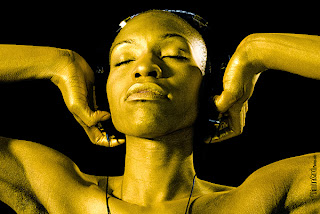 A couple of blog posts ago in Let the music play, I wrote about how difficult it is for me to listen to an album or playlist from start to finish without skipping to or repeating my favourite songs.

Although I clearly likened this to the ups and downs of life, the realisation that I can't fast forward or repeat any one time in my life didn't give me much of an appreciation for the poor, discarded songs on my iPod until my iTunes decided to stop working. For reasons best known to Apple, my attempt to upload yet another new album was thwarted meaning I found myself facing the possiblity of having to listen to - shock horror - old songs!

Now my friends will testify that when I like songs, I tend to keep them on repeat for so long that I quickly become sick of them. So when I had completely killed any passion for my favourites and was unable to add any new ones, I decided to look at my songs in alphabetical order and pressed play on the first song beginning with A. I was reading on the train and was so engrossed in the book that I didn't realise when the first song finished and skipped on to the second, third and then fourth track. When I finally tuned back in again I realised I was hearing songs I hadn't heard in ages. Songs that had been hidden in an album of other, more favoured tracks. And as my faithful iPod continued to play, I realised I was enjoying the random selection! Call me blonde (or platinum since that is the colour hair I'm currently sporting - no offence to blondes by the way) but at this point I still didn't realise that I was doing the exact thing I said I couldn't do in aforementioned blog post. I was simply embracing my song collection.

It's funny how things work out. As the days went by and I listened to forgotten songs in complete disorder I did start to make the connection between accepting the ups and downs of life and accepting the surprise and anticipation of the next song to be played. Sure there were lots of songs I rediscovered and because they were unexpected, they were much more enjoyable but also, it was a bit weird hearing the rousing worship of Agnus Dei followed by the body pumping afro beats of Antenna. But having said that, isn't that how we can often describe life? Unexpected, enjoyable, weird...how can we measure one without the other?

I'm currently listening to 30 Seconds to Mars and occasionally their heavy drums give me a bit of a headache. But an average song these days lasts what, four minutes? (Unless produced by the legend that is Pharrell) so I've learned to simply turn it down a little and wait it out.