Why I’m not an Afropolitan…

Thus was the beginning of my experience at the Afropolitan evening at the Victoria and Albert museum and it set a tone of awkardness
for the rest of the night! But before I get into all that, here are some memorable pics from the event. 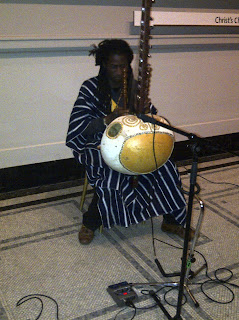 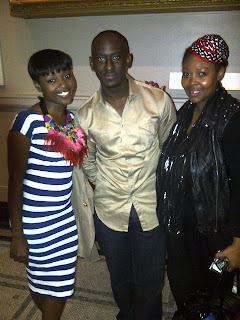 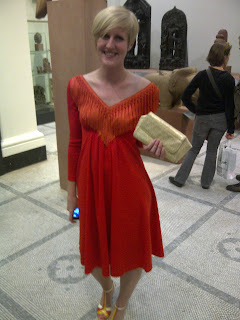 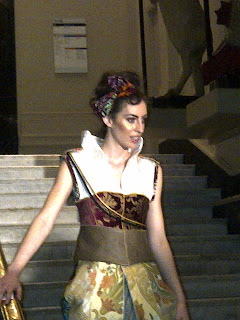 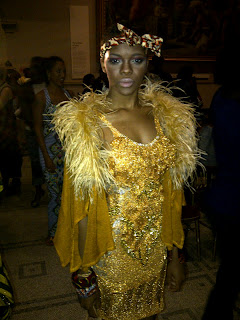 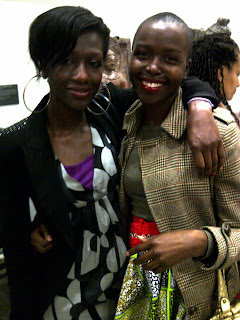 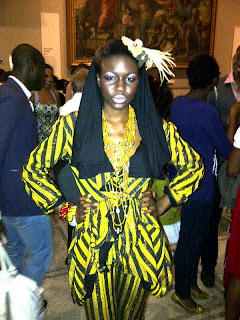 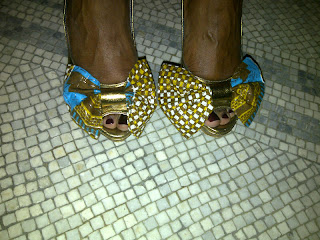 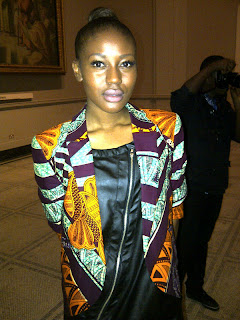 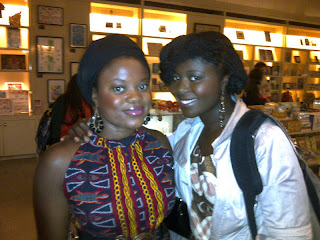 The Afropolitan night was described on the V&A website as follows:

An evening exploring African photography, fashion, style and identity in celebration of the exhibition Figures & Fictions: Contemporary South African Photography. This event looks back to image-makers who captured the excitement, optimism and sense of freedom of post-independence African nations from the 1960s, and forward to a new generation of Afropolitans, global tastemakers whose sensibilities are rooted in their African identities.

Apparently it had the highest turnout of any of their FridayLate events and it was great to see the
(literally) streams of
beautiful fashion and arty types filling the museum. I went with my favourite model, Adwoa Brown - if you don't know, get to know - who I met at the final auditions for BNTM and we
air kissed our way around
from designer to model to stylist to show organiser as we greeted those we knew and introduced eachother to those we didn't.


The talk we were most interested in was the panel discussion - What is an Afropolitan? - hosted by Tolu Ogunlesi, an award-winning journalist, poet and fiction writer.
Participants included Hannah Pool (journalist, TV and radio personality, author and commentator on fashion, race and the politics of style);Lulu Kitololo (artist and designer with a passion for fashion and the arts); Yemi Alada-Lawal (founder of AfroPop Live) and Minna Salami (founder of MsAfropolitan, writer, blogger and consultant on African culture
and gender related projects.)


My general understanding is that Afropolitan is basically a combination of the words African and Cosmopolitan but lots of different questions were thrown into the mix such as:
Is Afropolitan a way to describe your ethnicity?
Does the term Afropolitan include the 'modern-thinking Africans' who are interested in politics and not just fashion and the arts?
Is Afropolitan just another term which fits in with our 21st Century thinking?


It was generally agreed that most of the previous generation of Africans were working so hard on crucial development and
ensuring their children received
a good education that the more liberal talents of fashion and the arts were almost denied to them. Lulu Kitololo suggested that they worked so that we could be free to be creative and are now enjoying the fruit of our parents' labour.

All the panelists seemed to have a rather romantic view of Africa in general, having lived in various other parts of the world and returned to
feel a strong connection with the continent. A member of the audience did pose the question that the term Afropolitan
fails to be
inclusive as children born in the UK and from African descent,
often
feel no direct connection with
their parents' homelands and
would not identify with this term.
The panelists agreed but then also said that Afropolitan is not supposed to be a way to describe your ethnicity, it is more about your way of living and understanding and way of doing things compared with our parents and grandparents. No one is going to start saying they are Afropolitan instead of 'Black' or 'African' or however you choose to identify yourself. Or are they?
And I don't see that this word is going to start showing up on any census-type forms anytime soon!


It was this last discussion that threw me into a quandry. I am Black. or Black African or Black British, depending on which form you look at. Born to Nigerian parents, but born in the UK, I have never been to Nigeria (The only African country I have been to is Morocco) and had White 'foster parents' in the Midlands for a while during the time where my parents were working hard to make a better life for us down in London. My parents split when I was about three, my mum never re-married and spent the rest of my formative years making sure my brother, sister and I went to good (private) schools and lived in 'good neighbourhoods' where I envied the lives of my wealthy non-Black fellow pupils and tried hard to fit in.


We were the only Black family in the
church
we went to until I was about 13 and so I was used to being the odd one out. When I went to university in Birmingham, I got a bit of a culture shock. Firstly, I was suddenly surrounded by Black people, who tended to stick together and secondly, I was told that I was 'too White'. Couldn't really figure this out especially as I had only ever dated Black boys and listend to 'Black' music lol. So I put it down to the way I spoke and quickly amended it. I spent the three years at uni adjusting to the expectations of my new friends, not really knowing where I fit in but making up for it by heading up the Nigerian Society and joining the panel of festival organisers for the AcFest (African and Caribbean Festival). held each year. I met and interviewed the likes of
Geoff Schumann, Richard Blackwood, Kanya King, Estelle and other Black celebrities and on returning, claimed an internship at Pride magazine - the UK's biggest selling magazine for Black women.


So far so Black. I've managed to wing it at most things but at this event, I looked around at my fellow, very-proud-to-be-Africans and I felt alien. I don't speak Yoruba or Ibo (the languages from my parents' tribes) and I hate that every time I tell a Nigerian my name, they correct me in my pronunciation. I hate that when people hear that my husband is White, they say "Oh, you need to make sure you give your children 'proper names' so that they don't deny your roots like you did." I hate it that people laugh when they hear I've never been to Nigeria and what's more, I find it sad that I personally, have absolutely no wish to go there. Indeed, when we were engaged, one of my family members told my now husband and I not to bother going at all.


I have probably spent most of my life trying to fit in and I definitely didn't fit in here.
For example, I'm naturally quiet, Nigerians are naturally loud so there's a clear distinction there, and I guess that's what the word Afropolitan does. It extends the description of who you are from just where
you came from to include what
you have experienced and what your interests are.


This exhibition was a celebration of African culture and the people who embrace it. For me, it made me think about my identity and who I really am. Can the colour of my skin or my parents' homeland adequately describe me? The only constant throughout my life, as a Christian, has been God. And that's why I realise I only need to seal my identity in Him. Afropolitan is a cool, trendy word, and so many people can identify with it. For me, its just another word that may or may not be replaced with another when future generations come along.


I can't blame anyone for my own lack of identification with the country of my parents' and ancestors, but I do know that there are no new terms or words to buy back that true, balanced, sense of self-worth and identity that was left behind in the Garden of Eden. It can only be found where Adam and Eve found it, in the eyes of the one who made us.


And so...I will celebrate my identity in Christ.

9 responses to “Why I’m not an Afropolitan…”