The Pressure to Peak Too Soon 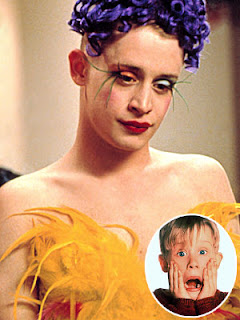 I hate them all. Young, Rich and Househunting, My Super Sweet Sixteen, MTV Cribs...What do these highly rated views of today's society have in common? They all
exhalt the
lives of people who are barely old enough to drive.

Glorifying youth is nothing new. Youth has for
years represented beauty and power and given the views of the many people disillusioned by (their ideas on) God and Christianity,
there isn't
much after death to look forward to anyway so trying to reverse the years seems to be the norm. BUT and this is a big BUT, I'm worried that we're giving an unreal message to the generations
to come
who will doubtless
discover that life isn't going to reward us for all our efforts with
one big smiley
emoticon or a 'Like' tag.

We're so obsessed with
the five-year-old on X-Factor
with the
'voice of an angel' but the 40-year-old who has trained her voice for years but not been able to pursue it professionally until she came on the show? Not so much. How about the 16-year-old whose parents buy her a flat and a Bentley for her birthday. We love this concept
so much it becomes a TV show. The 36-year-old who has saved up for 16 years to buy his own flat and drives a new
Ford Focus
that he bought outright with no HP or lease? Not so much.

No longer do we look at
people with stupid amounts of money and say 'I wish I had that', knowing it is a happy, possibly even achievable dream, but we say, 'I wish I'd had' that because, let's be honest, how many of us even had the deposit to buy anything at
18 let alone £500,000 towards a
flat in Battersea a la the
children in Young, Rich and Househunting. And good luck to those of you
with young teenagers who watch My Super Sweet Sixteen. Know you can't afford Beyonce for the afterparty? Think its time Mummy and Daddy switched off MTV...

When I was 21 I thought the world was my oyster. I learned pretty fast that
not all
oysters contain pearls. It was tough but I got over it
and I am proud of what I have achieved inspite of the setbacks. But why,
at the grand age of 26, do
I feel "past it"?

Young people have been made to think they are the salt of the earth, purely because they are young. Don't get me wrong, I'm all for celebrating achievement but surely achievement as a result of actual work?

Young models, young writers, young entrepreneurs, young football players, young WAGs (well the two
run parallel
don't they), young celebrities...by the way the only time I feel like applauding Simon Cowell is when he says to an act on X-Factor: "You're good, you're really good, but keep at it and maybe come back in a few years."
And I feel like applauding even more so when that act comes back after a few years having worked and worked to get on top form. That's what life is about - work. It can stress you out but the reality is that it takes time and energy to perfect anything and at 16 or 17, you
just don't have that life experience which I think should be respected.

I'm totally in agreement with the old adage that if something comes too easily to you, it will
leave you
the same way and I think we need to stop worshipping young people and get them to celebrate the old. A mutual respect would definitely
make for a better
society all round!

*DISCLAIMER It is very possible that I am simply jealous of aforementioned young people and if you have come to that conclusion, please feel free to ignore this post.