The piece of blue porcelain stuck in my foot 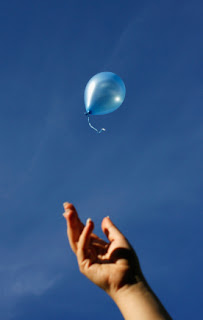 A few hours ago I
used a
sewing pin to prise
out a piece of blue porcelain that had been embedded in my foot for over three weeks. I knew it had been there but I thought I'd
dislodged it when I first attempted to remove it, not long after the incident which put it there. Ok I admit it, I had a bad day.

Christian or no Christian, I have my faults, as I'm sure my family and friends will testify, but the Sunday before Valentine's Day, when I threw a dinner plate containing the contents of my dinner on the floor,
I was mad. Really mad! Having grown up in a family where the parents are always right and the children are never allowed to suggest or even infer otherwise, I guess I've had alot of pent up...'negative energy'. And unfortunately for my husband, certain comments from him fire it up.

By the way he's not the completely innocent party here, but I do recognise that since he's the first adult I've been 'allowed' to respond back to in an argument without being ostracized or punished, he has suffered the brunt of my anger!

So anyway why did I chuck the plate of the floor like a child having a tantrum? Words...lots of words that I took way too personally. And why wouldn't I? I'm a Writer, words are what I do. I remember a song we learnt in the playground to convince us that bullies couldn't harm us: Sticks and stones may break my bones but words can never hurt me. Erm, I beg to differ. I don't remember getting into major fights at school but I do remember a fellow pupil disregarding someone's comment about me looking like the singer Brandy: "Brandy? She doesn't look anything like Brandy, Brandy's pretty!" Ouch. No physical pain there but I still remember that insult over a decade later!

In Proverbs 21:23, the Bible warns us to be careful about what we say: "He who keeps watch over his mouth and his tongue, keeps his soul from troubles." and that has always been my motto.
The day I smashed the plate, I was practically boiling with anger and struggling
with the urge to say
something insulting to my darling husband that
I knew I would regret later. I remember literally looking round for something to throw that wouldn't have a lasting effect (I did
consider smashing his
work Blackberry but decided against that for obvious reasons!) so I smashed the plate instead. It was my food and I knew I'd be the one to clear it up. Childish it may have been but I prefer that than to have left stinging words
in my husband's
memory for goodness knows how long!

Just like the piece of porcelain in my foot which was becoming more and more hidden as layers of skin formed over it, harsh words, resentment and anger all hold similar places in
your heart and that's a deep, dark place that, unless
cut off
at the point of entrance, will take root and become harder to unearth as the days, weeks and years go by.

What's your piece of porcelain? Get it out now before it gets stuck! ;)