The Fashion and Faith debate 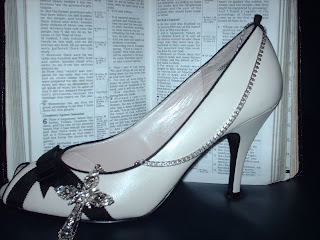 As part of Pentecost Festival last week, London College of Fashion played host to a #fashion&faith debate chaired by British Fashion Council's chief operating officer Simon Ward - who is also a practising Christian. The topic was - Is spirituality the wellspring of Fashion?

Five years ago, when
I started Christ Couture and this blog, I had trouble correlating these two subjects so I was looking forward to seeing what the professionals had to say!

The four-strong panel consisted of:

Luke Walton has worked
on a variety of youth and fashion projects including The Empty Hanger - a schools' resource exploring design, fashion and faith. With reference to the Bible Society collaboration on a spread in British Vogue called "The Prodigal Daughter Returns" (A photo essay based loosely on Luke 15:11-32, with various pictures of a model in different urban settings, each with a snippet from the Parable of the Prodigal Son), he
says we are created to create and that spirituality is the energy for creativity.

Elizabeth Laskar talked about creativity as a gift and as someone who spent three years avoiding the high street in a bid to find out more about ethical fashion, her question of how does your belief fit in with how you dress made for interesting discussion. Her focus wasn't so much on what the clothes you wear look like, but more on where
those clothes
came from.

One of my friends said she didn't understand what God's creativity could have to do with what she called 'man's fashion' but then when we talked about where designers get their inspiration - the world around them, other designers - she conceded that maybe there was actually a connection if not a direct link. Elizabeth says creativity comes from 'quiet times' spent in love, nature, beauty - all connected somehow to spirituality.

Reina Lewis is Principal Investigator of a new research project called Modest Fashion: Faith-based Fashion and Internet Retail. Modest Fashion studies the growing market for modest clothing among women of the three abramic faiths: Islam, Christianity and Judaism. Unlike the other three panelists, Reina didn't come as 'representative'
of any particular faith and she talked about the information she discovered through her research and the different 'versions of modesty' she encountered. (Funky Frum, Sensibly Styled, Jen Clothing, Maysaa...)
Rather than the origin of fashion's creativity, her focus seemed more on the
relationship between fashion and faith and this is something that continues to intrigue me.

As with most of these debates, I'm not sure that the original question was actually answered but I found it interesting to learn about the anticipation of modesty as a new stakeholder in the fashion industry.
Of
emel magazine,
CEO Sarah Joseph
says that the fashion pages were the most popular amongst their Muslim
readers and, is as a result, publishing a new magazine called Modestyle specifically aimed at satisfying the fashion needs for those following the dress codes of the Islamic faith.

My question, and one which I asked at the debate, is, is there a
market for
a Christian fashion magazine
in the same way that there seems to be for a Muslim one? The panel
seem to think there is and compared the
way Muslim women
dress
differently depending on
which
country they are in to the way
Christian women dress differently all over the world.
But I do feel that while there is a generally accepted way of covering up for Muslim women, there isn't one for Christian women (Not including those in the Mormon or Amish communities.) and this is what makes it hard to find a standard.

In a previous post, I talked about whether it was seen as acceptable to have Christian underwear models or Christian burlesque dancers. There were mixed responses to that but something Sarah Joseph said made me think a little: how you dress is an outward sign of inward grace.

So what does how I dress say about me?

(Also need to say thank you to London of College's Chaplain Joanna Jepson for finding me a place at the
last minute!)

One response to “The Fashion and Faith debate”