All shoes and no flowers 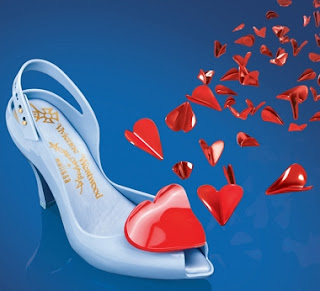 Fish has never bought me flowers. He's pretty romantic - he proposed in Paris - but I told him early on in the relationship that if he ever felt the urge to buy me flowers, he should buy me shoes instead! I got my coveted Louboutins for Christmas
but recently I was upset about something and again...let's just say I was glad we've already had the no flowers conversation! I normally head to Kurt Geiger or Aldo to satisfy my shoe cravings but Fish (who used to work in the Fashion industry and has an amazing eye) and I couldn't find anything that really stood out. It wasn't until
I was checking messages from my eBay buyers that I came across the Vivienne Westwood Melissa shoes and finally found what I was looking for.

Remember the rubber trainers of summer 2003? Those were Melissa's creation and for those that don't know, here is the explanation of the VW and Melissa collaboration:

Known as the mother of Punk, Vivienne Westwood continues to break the mould of shoe fashion with her Melissa collaborations. Since 2008 the iconic flame haired British Designer has created over 10 models for Melissa and have proved to be ever popular with Celebrities and women alike. Playing with romance and sophistication, Vivienne Westwood + Melissa continue to produce Fashion’s greatest Shoe masterpieces.

I first saw someone wearing her flats while we were on honeymoon but promptly forgot about it until I came across some on eBay. Ok they're rubber and the heel smells like bubblegum but I absolutely love them!
Needless to say I then went into crazy shopper mode and searched every website on the first ten pages of Google before I found the ones I really wanted! I finally
found them
on a specialist website and
narrowed it down to three...guess which one I chose?!

It arrived today and I'll post a picture in the next few days so the first correct answer will get a prize! 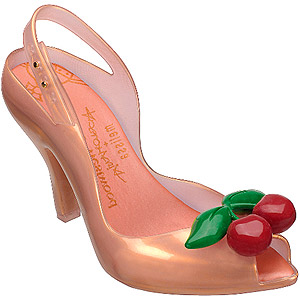 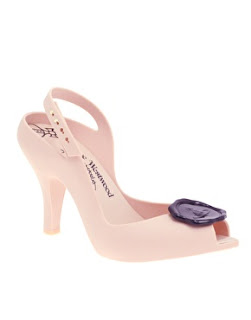 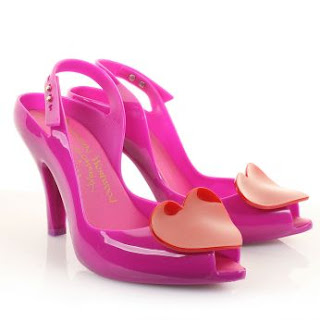 6 responses to “All shoes and no flowers”